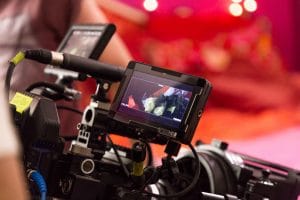 An inevitable part of any project is the point beyond its first production when you consider what other kind of life it might have. You write a play, and it gets produced in a small fringe venue where it attracts an audience and also a roster of good reviews. Other venues may now be interested in producing it, bigger ones – a tour? Publication? At the very least it should earn you the right to a number of meetings with producers who might be interested in working with you. Or you submit a script to a competition in which it is successful – congratulations! Your dystopian epic about an alternative universe is still extremely highly unlikely to be produced, but your skills and talents have been recognised, and you have a golden opportunity to step up to the next level, whatever that is.

As a writer, our goal is to see our work produced. In the best of possible worlds, we would be working on one commission after another, original authored pieces (ideally) which naturally receive a series of high profile annual awards. But of course, the reality – as all you good people who read this magazine and engage with Screenwriting Goldmine know – is very different. Talent and experience are no longer enough. You often seem to need a Phd in the dark arts of development to successfully navigate your brilliant screenplay, your game changing series, or your hysterical comedy format through the obstacle course to full production. Even so, the final decision is entirely out of your hands. You deliver up each precious baby, slick from the agony of your labours, and immediately give them away. Somebody else then decides whether they should live or not. You are totally powerless. Your life is on hold. And this is what we do – time and time and time again.

As writers, we talk a lot about taking back some control. In the American system, you will find many writers who also have credits as producers. That is still rare in terrestrial UK TV, as the hierarchy is far more rigid and besides – have you ever heard of a Producer or Executive Producer willingly giving up any control? So – basically this is the system we have, yes? We just have to put up and shut up? Whine like crazy but get on with the next spec script, in the hope that actually – perhaps – you know, maybe, that this is the one? Right? RIGHT?

I certainly believed that for many years. I also – at times – believed I produced material of a quality that there was a reasonable expectation of a future life, in a different medium. I certainly believed that of HOW TO HAVE A PERFECT MARRIAGE, my series about a married Gay man, which has had four series on BBC R4, since 2013. Lots of positive feedback and encouragement after the first Series meant my Producer sent it out to a number of TV Production Companies – but after the typical nine or so months waiting for a response, it was turned down with the usual letter of faint praise.

Over the next two series, as I developed these characters and took them on a journey, it continued to nag at me, this sense that I had a story that could reach a bigger audience. Over those three years also my viewing habits were changing, as were yours – with the rise of Netflix, Amazon and NowTV, amongst others. A parallel development to those prestige channels was the rise in Web series, where writers and producers weren’t waiting for some Production Company to give them permission to exist, but were finding ways to breathe life into their projects and get them out there. The landscape was changing – as the increase in Web series represented an extraordinary diversity of subject matter and form. They may not all possessed the high production value of broadcast TV – but instead they had an edginess, a buccaneer spirit, built out of a passion and resourcefulness. They were highly individual and they were increasing in number and in quality.

Could I make a Web series of out HOW TO HAVE A PERFECT MARRIAGE? What would that involve? How would I even begin to go about embarking on this journey? Where would I start?

That’s when I was introduced to Duncan Thomsen.  A highly experienced Editor with an extensive CV, Duncan himself was ambitious to direct – and had already completed some short films. He loved the material and was full of suggestions as to how this might be achievable. I remember sitting over endless cups of coffee drawing up budgets and calling in favours. The ambition then was to make a pilot episode. The Radio 4 episodes had all been 13 minutes each – should we go for something shorter? Longer? What was already out there that was comparable to HOW TO HAVE A PERFECT MARRIAGE? Was that the right title now? Who would even be our audience?

Many an afternoon is spent spinning dreams out of desires – it’s what we do. And of course many of those dreams stay tantalisingly out of reach. I knew of friends who had used various Crowdfunding sites to raise money, with varying degrees of success. But then a colleague introduced me to a new site called Phundee, run by a quietly spoken and charismatic ex-dancer, Ashon Spooner. Personal recommendation is always a powerful incentive, and so I found myself rocking up at the Google Campus on Bonhill Street, surely one of the funkiest work spaces I have ever visited.

I was there to meet Ashon, and to talk about how Phundee might raise funds for HOW TO HAVE A PERFECT MARRIAGE.

Only Duncan and I had already made one big decision. We had changed the title. The webseries would now be called YOURDADSGAY.

Next Month – I learn more about the Phundee method, attend several seminars, and prevaricate over the launch date.